All About Claddagh Rings

Claddagh rings have grown in popularity in recent decades as increasing numbers of people admire the simplicity and lore associated with the heart in hand design. The attractive design inspires several questions about the ring regarding its history and its meaning, among others. 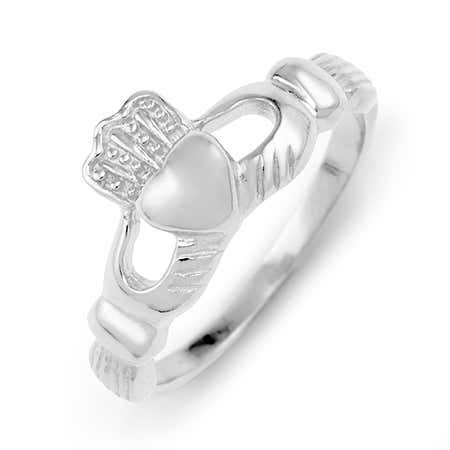 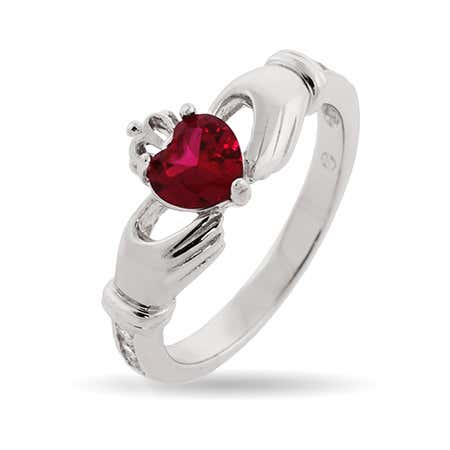 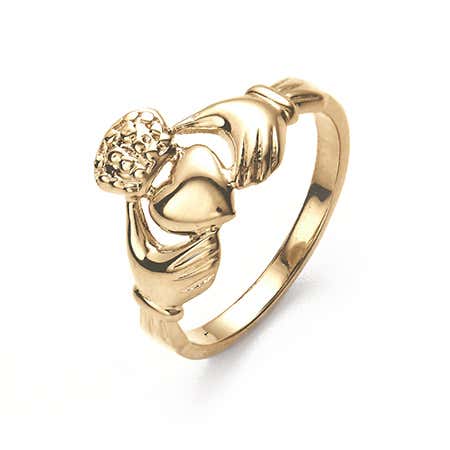 What is a Claddagh ring?

The Claddagh is a traditional Irish ring featuring a crown-topped heart held by two hands. It's an all-purpose show of affection between two people and can denote friendship, dating or marriage. The traditional material used to create the ring is gold; however, a Claddagh can be made with any precious metal. Many modern Claddagh rings also feature precious stones.

How do you Pronounce “Claddagh”?

Claddagh is a Scottish Gaelic word meaning “beach.” The phonetic spelling is  \ˈkla-də, ˈklä-\ and it sounds like Kla-Da.

How to Wear a Claddagh Ring

The History of the Claddagh Ring

There are several legends associated with the Claddagh ring. The most popular and enduring involved an Irishman from Galway named Richard Joyce. The legend says that Joyce originated the popular design of the ring while he was a captured servant in the 17th century. When his Moorish captors freed him, he returned to Galway to marry the love of his life who was still waiting for him. Another enduring myth about the Claddagh ring is that mothers traditionally pass them on to their daughters in Ireland.

Despite the legends, the ring remains a popular item among the Irish, Americans of Irish descent and people all over the world. Find the perfect Claddagh ring to wear today, whether you are married or single.